Elizabeth I - The Making of A Queen Review

April 23, 2020
I was provided with a review copy of this book, however all opinions are my own.
Thank you to Pen and Sword Books Ltd.

This post may also contain some affiliate links. This means that if you click on the links and make a purchase, I may receive a small commission that goes back in to helping me keep the blog running. Thanks for your support.

There are so many books about the Tudors and one of the most popular of these is Elizabeth I. We're told about the events that peppered her reign, the scandals and the wars - we know what she did. But do we really know why she acted the way she did?

A new book, released next week, aims to do exactly that: get into Elizabeth's mind and ask whether events from her childhood and early adult life could have influenced her decisions to act as she did once she was crowned queen. 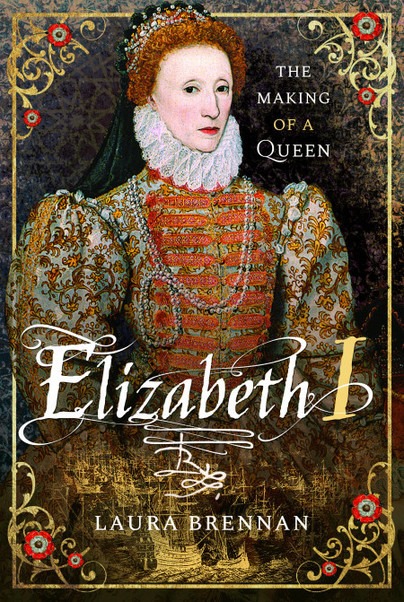 I found the book easy and engaging to read - and completed it cover to cover during a whole day of lockdown at home. It's suitable if you have no prior knowledge of Elizabeth's reign too, as it works through all the events from her birth to her later years, weighing up Elizabeth's response to each of them as we go along.

Although I've read a lot about Elizabeth, I still had lots to learn. I hadn't before considered that the young princess may have observed and learned from the cleverness of Anne of Cleves' treatment of Henry at their divorce, or the scandal that affected Catherine Howard would be later mirrored by herself and Robert Dudley when his wife died in suspicious circumstances - and she would know exactly how to act to avoid damage.

Elizabeth was certainly clever and observant, from a very early age.

The book also goes into Elizabeth's relationships with others and how she handled them, all drawing on her past experiences. I really enjoyed the letter she sent Mary Queen of Scots coaching her on how to behave to reduce the effects of scandal in her kingdom. Personally I would have liked to have seen the analysis of Elizabeth's behaviour in each case last a little longer - but that's probably me being a bit selfish and my own interest in her as a woman.

I loved the book - I feel as if after reading it, I have a better idea of Elizabeth personally - more insight into her personal and early life, and how watching the factions, rebellions and scandals play out in the courts of her father and siblings taught her the best way to act while she was queen. Reading about Elizabeth in the future I'll always be aware of her sitting quietly and making mental notes about what was happening around her and learning from their consequences.

Elizabeth I: The Making of a Queen by Laura Brennan is available in bookshops or you can find it on Amazon here (it's available to pre-order).

What do you think? Have you read the book? Did you enjoy it? Let me know in the comments below.