May 20, 2020
When I found this recipe, in The Good Hus-wife's Jewell written by Thomas Dawson in 1585, it looked simple enough. I had no idea that it would be as delicious as it turned out. 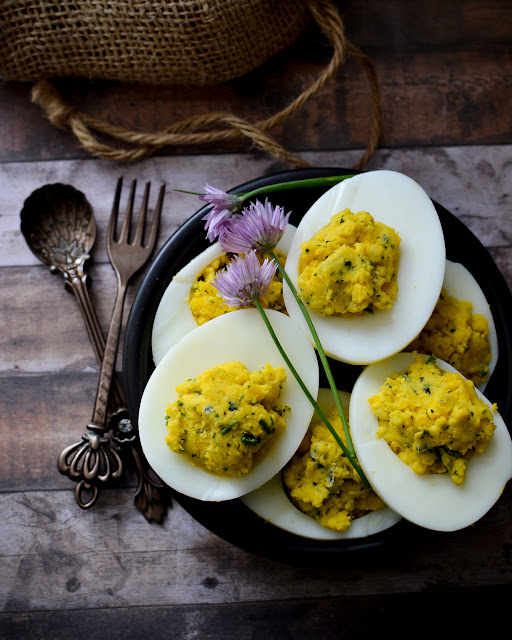 To put the recipe in a bit of context: In 1585, the ruffed, bejewelled Queen Elizabeth I was almost thirty years into her reign, and fifty-two years old. Silvery wooden beamed houses dominated towns and villages, and local employment included wheelwrights, bakers, butchers and fishmongers. Tudors weren't allowed to wear purple unless they were a royal, but they could get a feel for royal life by pressing three shillings into a guard's palm where he would show them round one of the palaces he guarded. People visited curiosities such as the Tower of London where they could gawp at the rack in the dungeons or Mr Copes' house where they could marvel at a thunderbolt that had been removed from a ship's mast in a storm.
Mary, Queen of Scots was currently nearing the end of her 19-year imprisonment and was now under the care of Sir Amyas Paulet. She may have been considering joining a plot to oust her cousin. The discovered Babington Plot would be her downfall the following year. Tudor London was buzzing with news of Raleigh's settlement of the Americas, which he named Virginia, after his queen. There were tensions in Europe with the Spanish, but it would be three years until Philip of Spain would launch the invasion on this green and pleasant land that was to be known as The Spanish Armada.
And, in this year, Thomas Dawson shared this recipe with the world: 'To Farse Egges.'
Here's the original:

"Take eight or ten eggs and boyle them hard, pill of the shelles, and cutte every eg in the middle then take out the yolkes and make your farsing stuffe as you do for flesh, saving only you must put butter into it instead of suet, and that a little so doon fill your Egges where the yolkes were, and then binde them and seethe them a little, and so serve them to the table."

The first challenge was the 'farsing stuffe'. It turns out, this was just the stuffing they used for meats so I combined some of the more popular Tudor herbs, choosing ones that I thought would work well with eggs. I decided on thyme, chives and parsley, with a little salted butter.
It was amazing.
I don't usually like stuffed eggs that much - I prefer my eggs scrambled or poached - but these didn't last long once they were made. Obviously I've scaled down the recipe. We're not feeding a banquet hall of people here, so three eggs was enough as a little appetiser or snack for four of us to try.
One of the easiest Tudor recipes you'll ever make. I hope you like them.
Tudor Stuffed Eggs
Serves 3-4
Ingredients
3 organic, free range eggs (Clarence Court eggs are really good, otherwise just use your favourite), at room temperature
1 tsp finely chopped parsley
quarter teaspoon fresh thyme (if using dried, use just a pinch)
half teaspoon freshly snipped chives, washed and dried and snipped into tiny pieces
1 heaped tablespoon salted butter, at room temperature or softened slightly
Method
Place your eggs in a saucepan and fill with fresh water, until just covered. Set them on the hob and bring to a boil. From the moment they're boiled, time them and cook for 8 minutes. Turn off the heat, drain and then plunge into cold water. Put them to one side while you get on with the stuffing.
For the stuffing, mix the parsley, thyme and chives in a small bowl and add the butter. Blend with a fork or spoon until well mixed.
Once the eggs are cool, peel them. The peel will come off much easier after the eggs have cooled. Discard the peel, and halve lengthways. Carefully poke out the hardened yolks - I used a butterknife - and drop them into the herby butter. Repeat for all the egg yolks. Mash the cooked yolks with the butter mixture until evenly mixed and then, using a small teaspoon, fill them back in, as Thomas says, 'where the yolks were'.
Arrange on a plate and serve.
Have you tried this recipe? Take a pic and share to Instagram, tagging me at @lovebritishhistorypics - I'd love to see!
The Good Huse-wife's Jewell text accessed 16 May 2020, at Early English Books Text Creation Partnership