February 16, 2021
Donnington Castle, near Newbury in Berkshire, stands tall in the midst of the narrow, winding roads of its village. Today, just one section of the castle stands, but why? And what's the story of the place? Here are 8 facts you might not know about Donnington Castle. 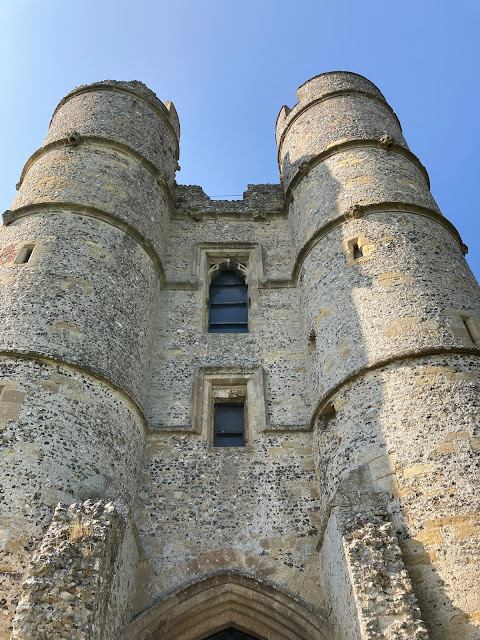 1. It's 600 years old, but the village is much older
Donnington Castle was built by Sir Richard Abberbury in 1386, although the manor itself was owned by the Abberbury family since the thirteenth century. Before that, it's in Domesday Book as being owned by William Lovet and consisted of nine households, including villagers, smallholders and slaves. Before that, the Domesday records that the land held in 1066 was held by a Toti of Donnington, who also owned areas in Kintbury and Blewbury in Berkshire. Today, it's in the care of English Heritage.
2. It was originally much bigger than you'd think today
If you wander up the steep hill to the top of the monument, you'd be forgiven for thinking that this was a really tiny castle. But when you get up close, you'll see that the foundations are still sticking up out of the grass. It must have been quite a luxurious home when it was first built and we can still see traces of the details, including some of the fireplaces and different floors from the ruin today. 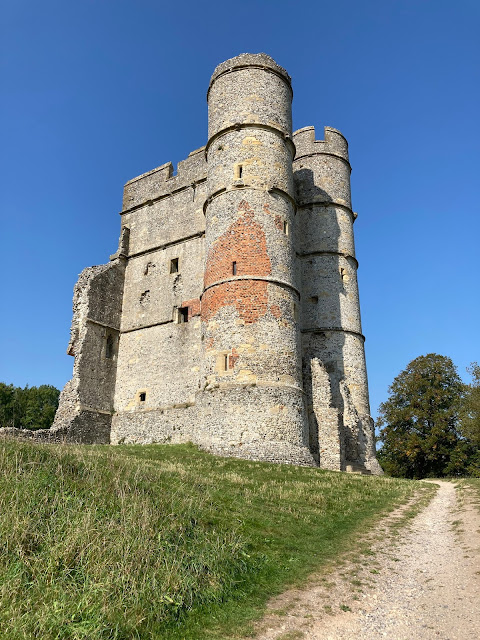 3. The Chaucers once lived here
In the fifteenth century, Alice Chaucer, who would be the Duchess of Suffolk after she married William de la Pole, lived here. She was the grand-daughter of Geoffrey Chaucer (yes, the poet of ye olde) and was wealthy and formidable, one of the leading influences at Henry VI's court. She was granted Garter robes in 1432 and wears these on her effigy, at Ewelme church in Oxfordshire. Before Alice lived in the castle it was owned by Thomas Chaucer, Geoffrey's son.
4. King Charles I defended the castle - at least twice - in person
During the English Civil War the Newbury and Reading area saw a lot of fighting and Charles was said to have marched to Donnington, to defend it, at least twice during 1644-1646, while it was besieged for a staggering 18 months. The castle would have sustained some damage from cannon shot but wasn't completely razed to the ground until its demolition by Parliament which was approved in 1646.
5. Only the gatehouse still stands
The gatehouse, with its circular turrets, is the only part of the castle that still stands tall today. It has a central gateway, with the entrance on the tower's right hand side, as you approach it from the car park. I love to imagine how it might have looked in its glory, horses being let in through the gates, with Alice Chaucer gliding about in her robes inside.
6. It's been visited by royalty
Is there actually a building that stood during the reign of Elizabeth I that she didn't visit? Well add this one to the list, because she supposedly came this way and stayed here early in her reign. Also Henry VIII and Edward VI. Richard II was the one who granted Abberbury the right to build the castle, but there's no record that I can find that he came this way. And obviously Charles I visited when he tried to save the castle in the 1640s. 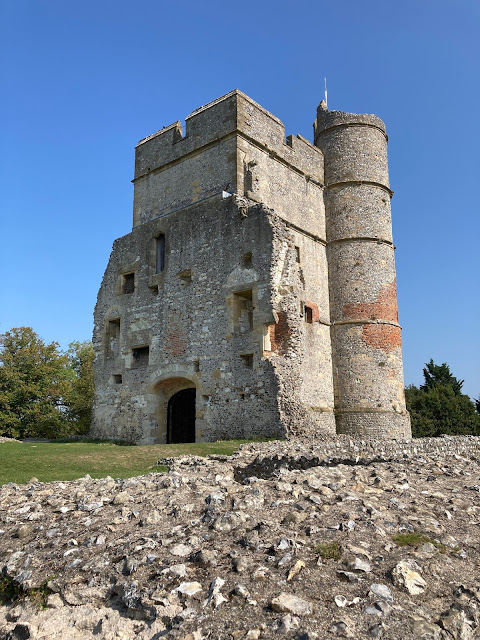 7. It was painted by JM Turner
In 1798, a 23-year old painter stopped off on his journey to Bristol to look at the ruined gatehouse of Donnington Castle, and there, he penned a quick sketch in graphite on paper, with a grey wash, now at the Tate. It shows a stark shadow cast across the gatehouse. Later, Turner would paint the landscape in watercolour, showing the castle ruins on the top of the mound, with fields below. This painting was owned privately and then auctioned in 2011, but failed to reach its reserve of £60,000.
8. Historians can learn a lot from its remains
Donnington is a quadrangular castle, which means it was built with four walls with towers, which usually contained living quarters, at its corners. Although these kinds of castles are widely spread out around the UK, Historic England reports that there are only 64 surviving castles of this type recorded nationally. Because of their shape, it's thought that quadrangular castles were built mostly for living in, and weren't militarily defendable. As well as keeping Medievalists busy, the castle also helps out Stuart historians. The built-up mounds on the outskirts of the castle were dug by soldiers as a fortification during the Civil War so reveal the techniques they used against siege warfare. It seems that there have been no formal archaeology carried out on the site but the local area and nearly villages have revealed musket balls and seventeenth century belt buckles.
Sources and more info:
History of Donnington Castle, English Heritage
Newbury History, Donnington Castle
Alice Chaucer, St George's Windsor